I don’t know how the weather is treating you in your corner of this world this last week of August, but here in the Netherlands we’re dealing with a heat wave. Probably a joy for many, but I prefer my temperatures cooler, a LOT cooler actually. So my week was mostly spend trying to move as little as possible. But as I just finished a wave of FOs, I couldn’t deny myself the pleasure of some new cast ons just because it wasn’t exactly knit weather. 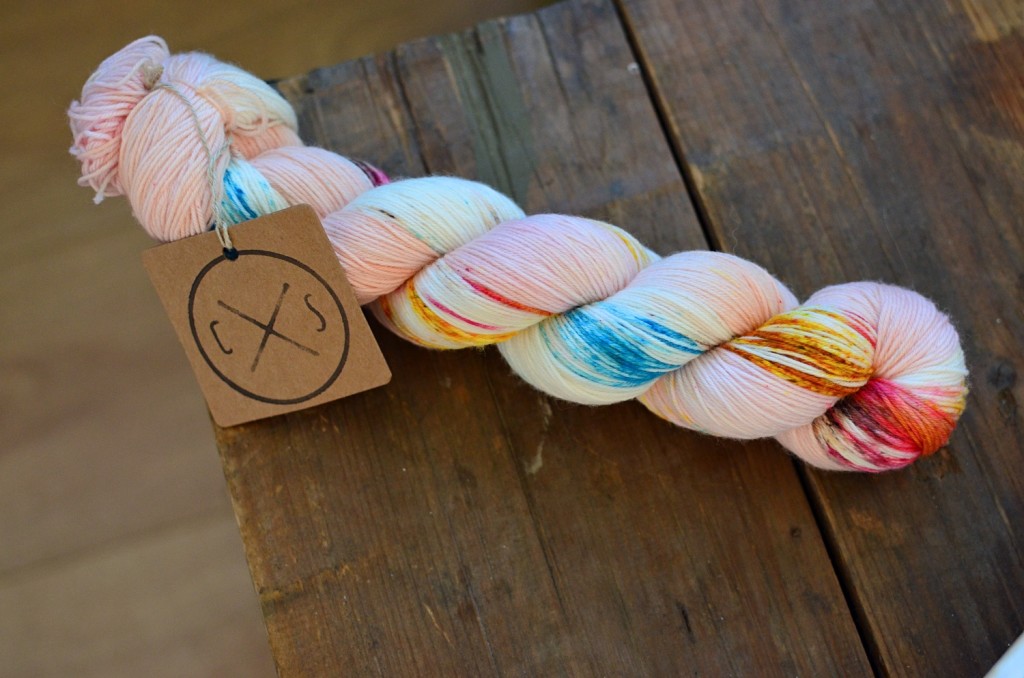 See, ever since I was researching the post for sock patterns that were ideal for speckled yarn I’ve been itching to cast on all of those patterns. When I then won a skein of speckled yarn in an instagram giveaway by Cosmic Strings and the beauty arrived with the mail, a cast on was no longer preventable. 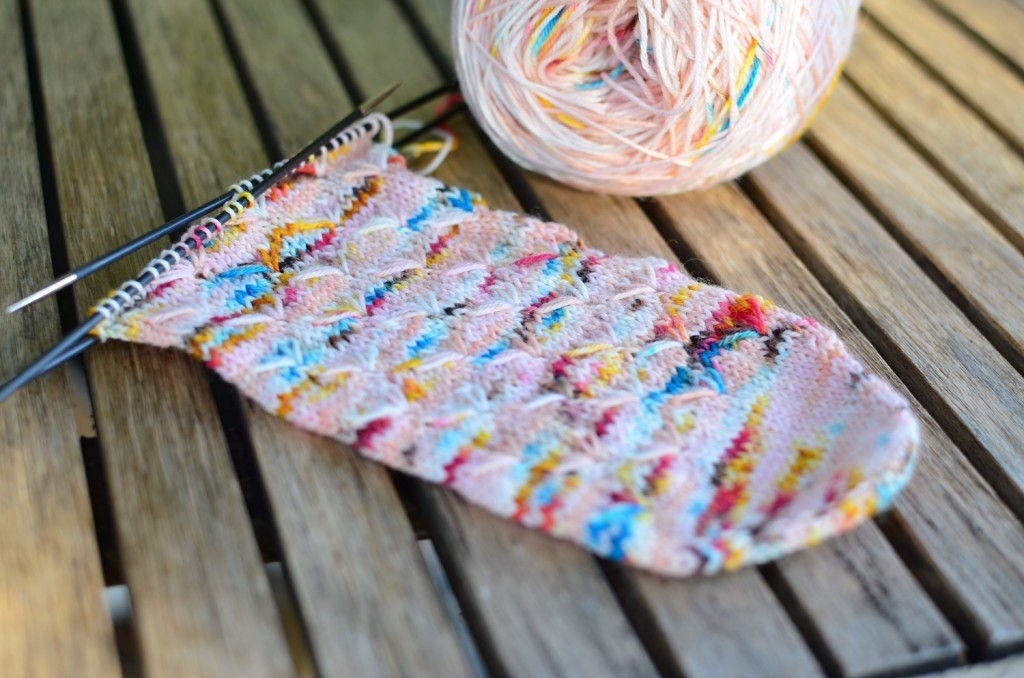 So the yarn was caked, and I cast on a pair of Fine and Dandy socks (love that pattern name btw). I’m adoring the blush undertone with the more bold speckles. I’m not even complaining that it’s a toe-up pattern (….yet). 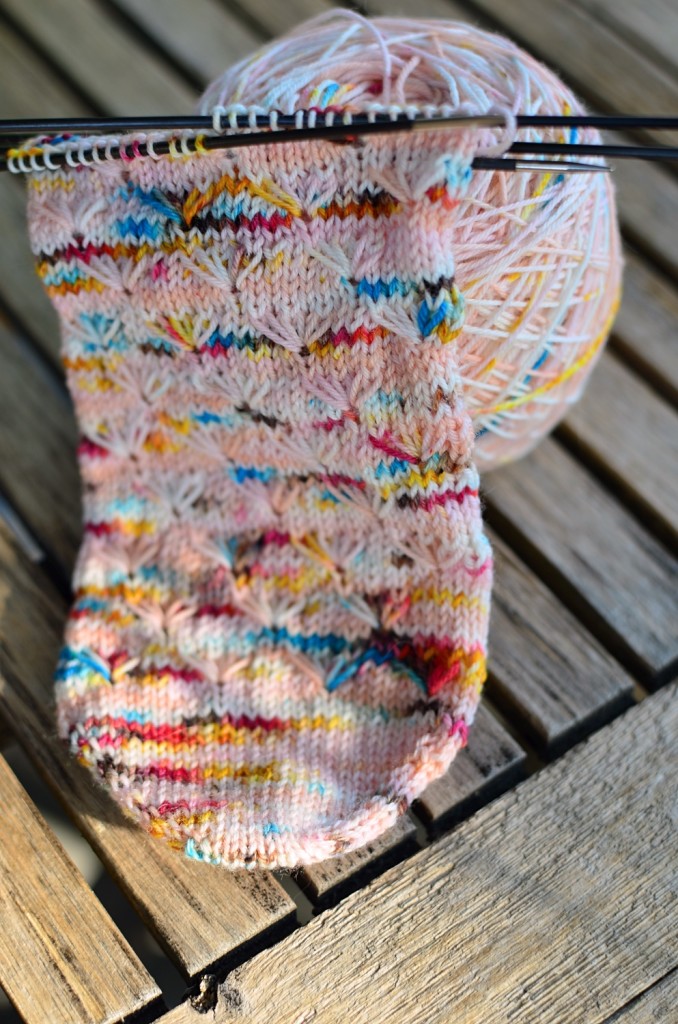 I’m on a pretty good sock knitting spree right now, with already 5 pairs cast off this summer (Pixel socks, Spring Fern socks, the grellow knee socks and 2 vanilla pairs yet to be washed and photographed). But I felt like some variation was in order by now, so how about a shawl? 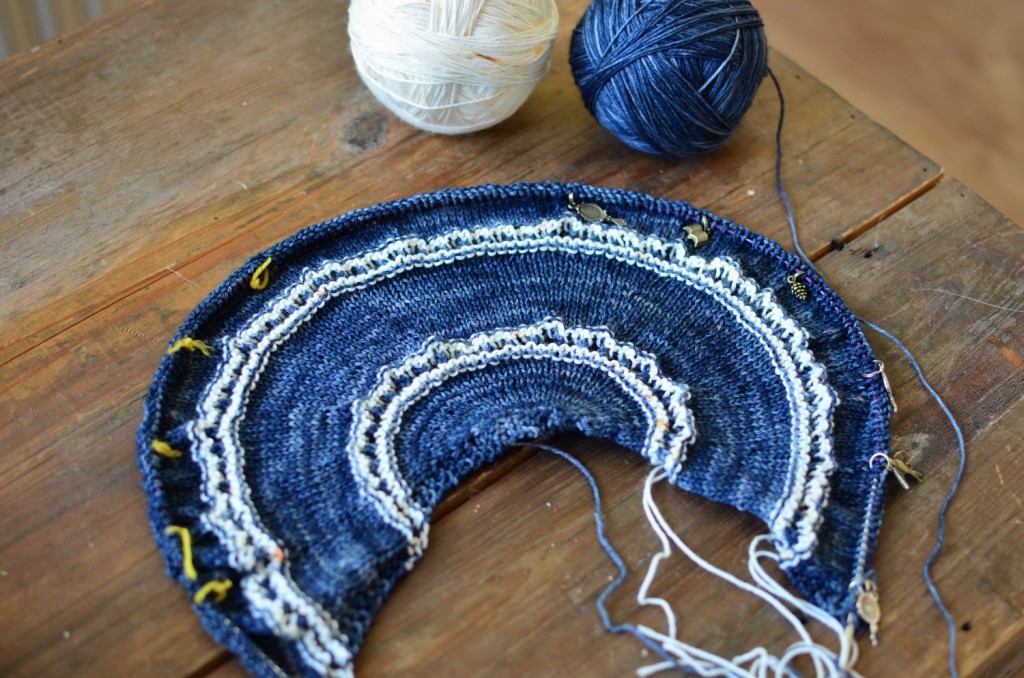 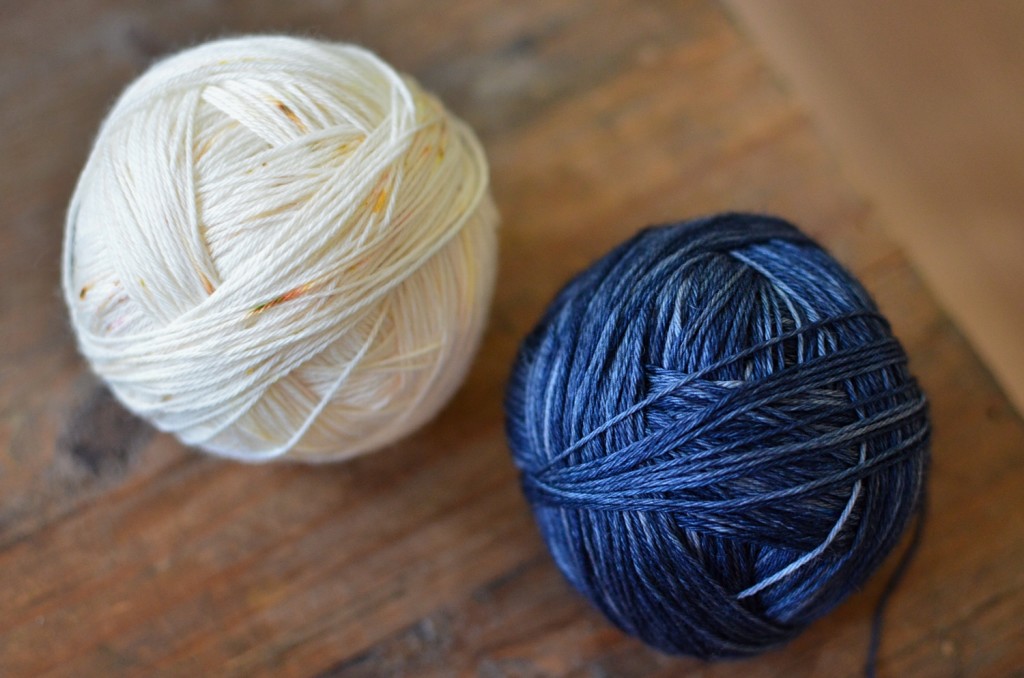 This is some very delicious hedgehog fibres sock yarn, one charcoal skein and a white one with subtle yellow speckles (back to the grellow I guess). The darker skein looks a bit more blue in these pictures than it actually is, but the semi-solidness in which it is knitting up is stunning. I figure the yellow specks will really get their time to shine once I get to the lace border. The pattern I’m using is called Clair de Lune. Can you tell I ran out of stitch markers btw? I swear those things get stolen by little elfs during the night!!! (or more like I probably packed them in some illogical place during the move and in 5 years or so I’ll find them and feel slightly embarrassed about this comment) 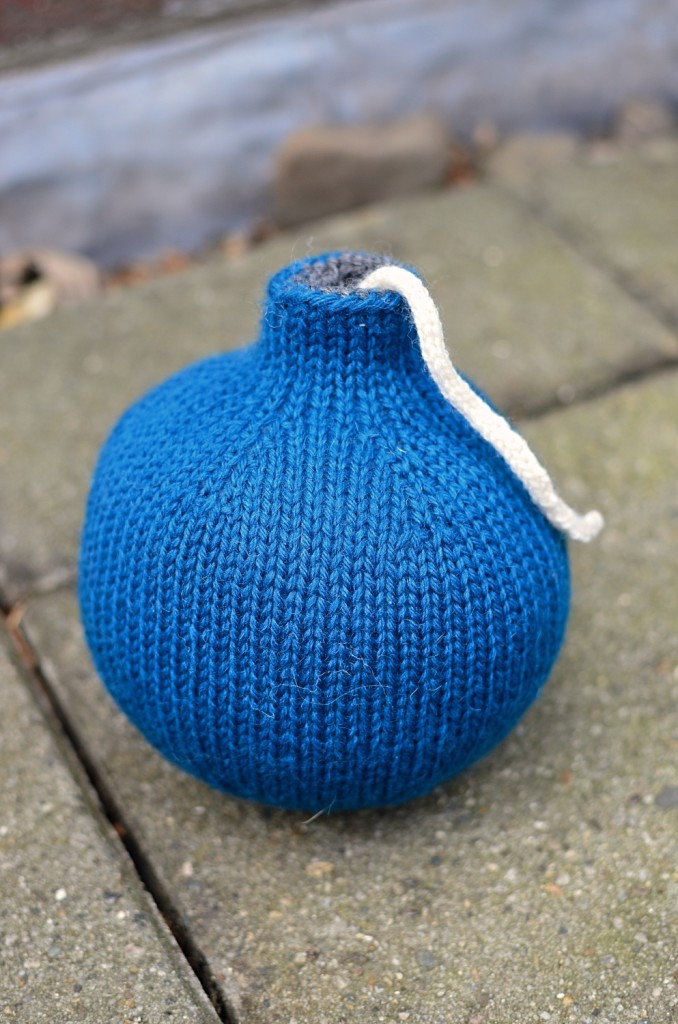 Oh yeah and I also knit a bomb.. because you know, that happens. My sister last minute asked me to make a blue bomb for a Link cosplay she was doing, and well, I couldn’t resist the last minute request. This thing knits up in no time, pattern can be found here.

So how is your summer knitting going? Or is it more like one big countdown until autumn arrives? 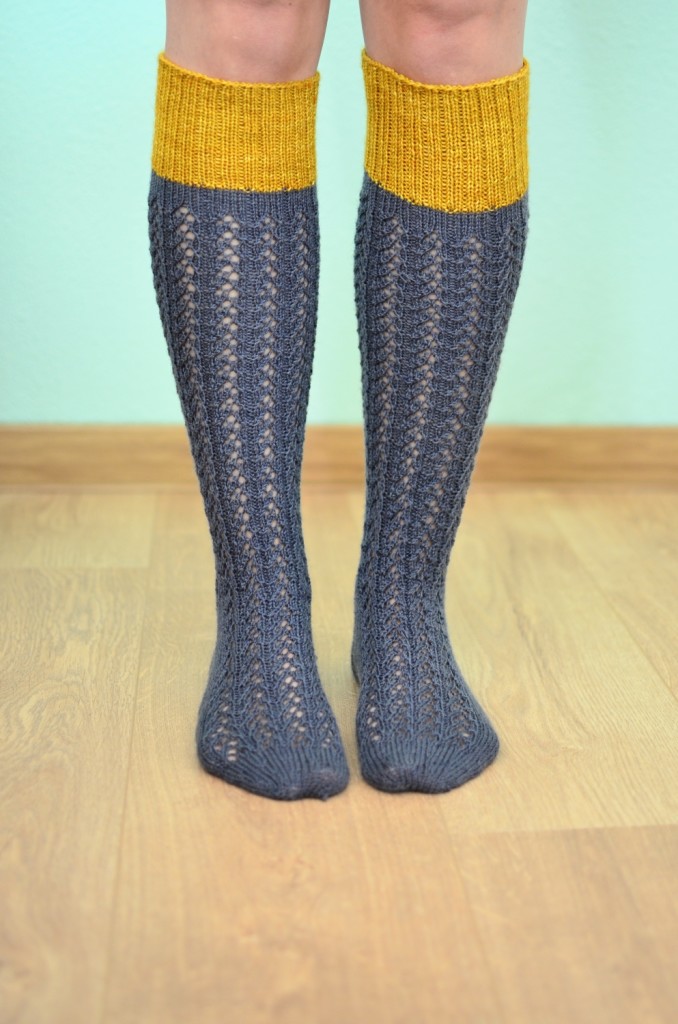 Nothings beats finishing a pair of knee socks in the middle of one of the hottest weeks of the year. Ok, actually lots of things can beat that, like a cold drink or a swimming pool. But hey, if not to wear at least it’s a stunning pair to behold. 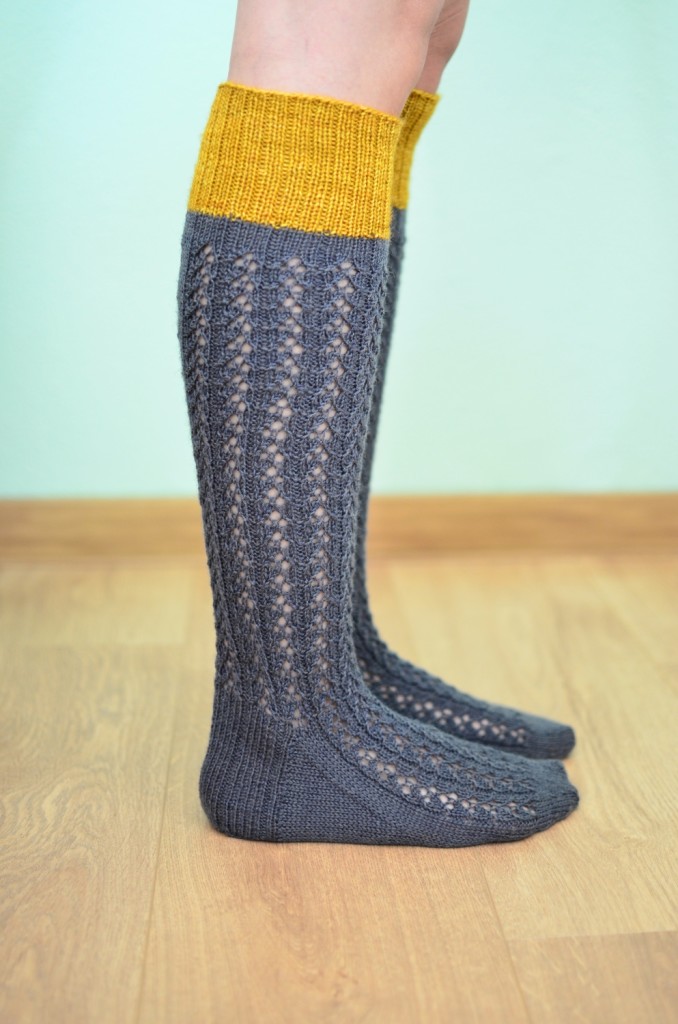 The reason I cast these on was because after finishing up my Golden Leaves socks I figured I had enough of the beautiful yarn left to use it as a contrasting colour. And since there’s no way of doing any wrong with combining gray and yellow, and neither is it ever a bad idea to make knee socks, the idea for these came to life. 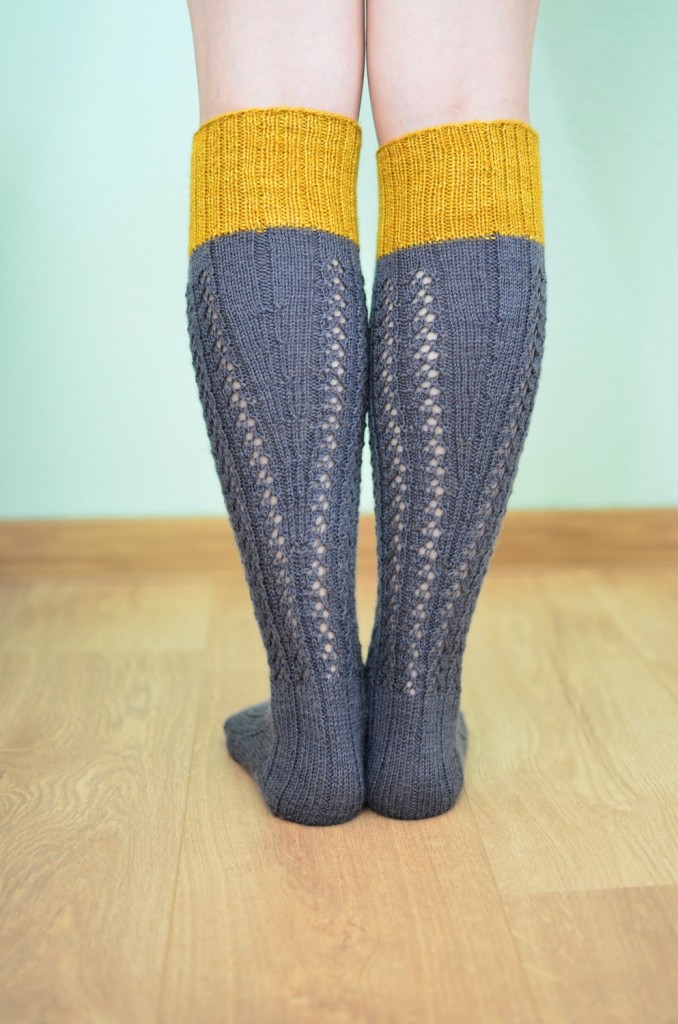 This was such an easy pair to knit, the lace pattern is easy to memorise, and it does go on for ages. I actually get a lot of wear out of knee socks, because most of winter I’m a boots person. I can imagine the splash of yellow popping out of the top of a pair of boots is going to look awesome. 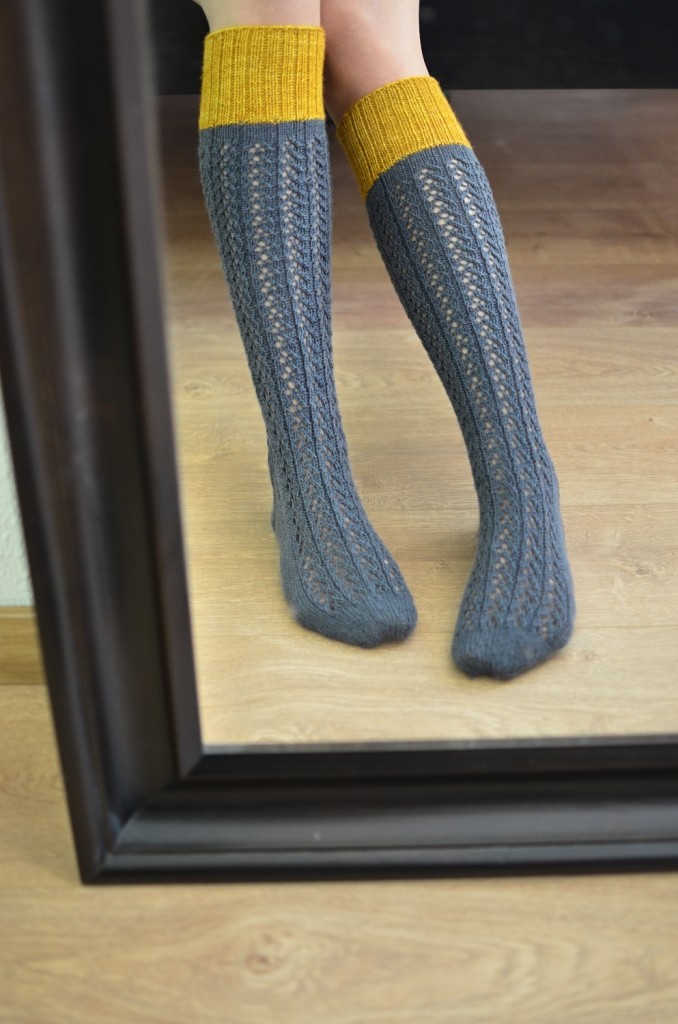 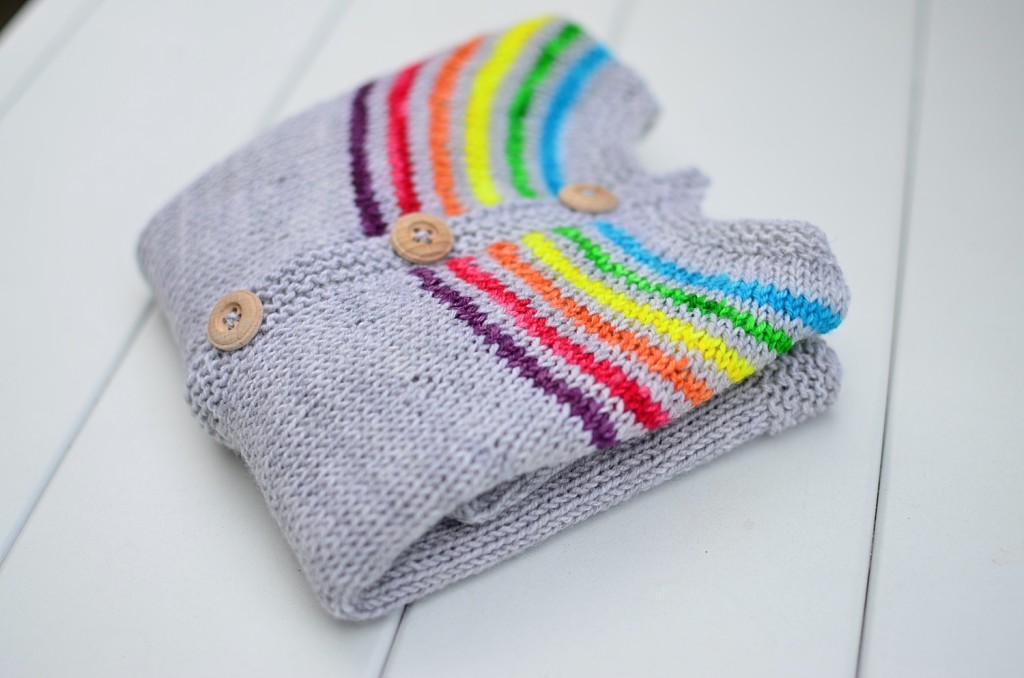 A little later then planned (so I’m hoping the baby hasn’t already grown out of it), but I finally finished this gift. 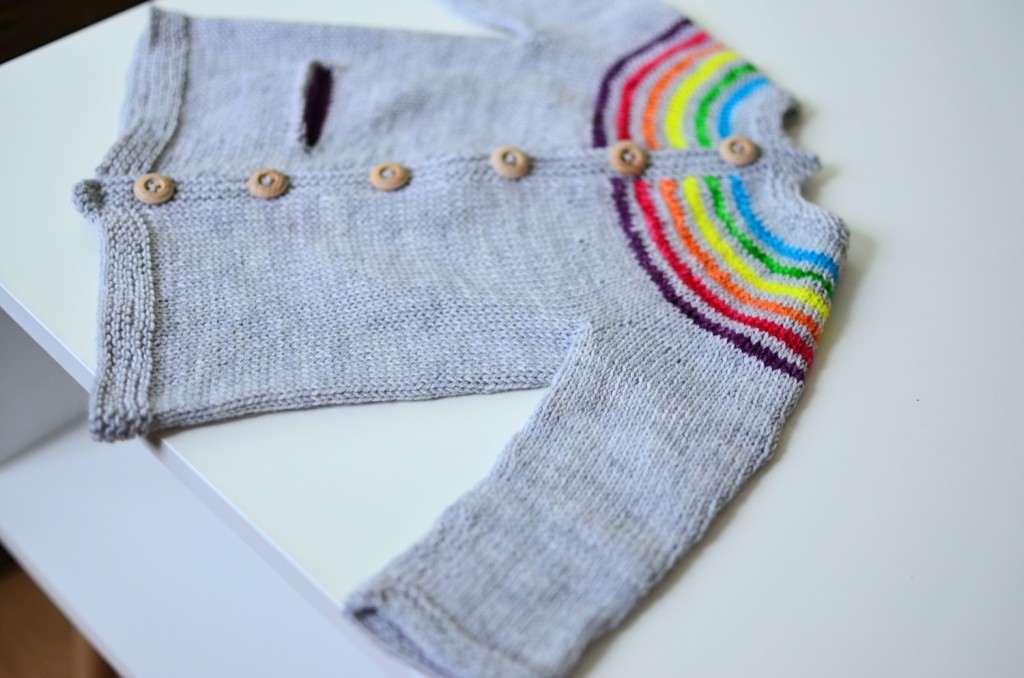 First up this adorable cardigan. I’m still so pleased that this was a perfect match for the Skeinbow that I won with the very fun but also very weird Breaking Cat knitting project. The first project I made with them were a pair of rainbow wanderer socks and they’re the happiest things ever. Now the colours are forming an adorable yoke, which seriously makes me wonder if I as an adult could also pull off a rainbow yoke. It would totally look professional and adult-y right? I picked the Lana Grossa yarn because it’s hopefully machine washable, let’s hope the skeinbow yarn will also manage! I decided to make the pocket in the same purple yarn that also ends the rainbow. 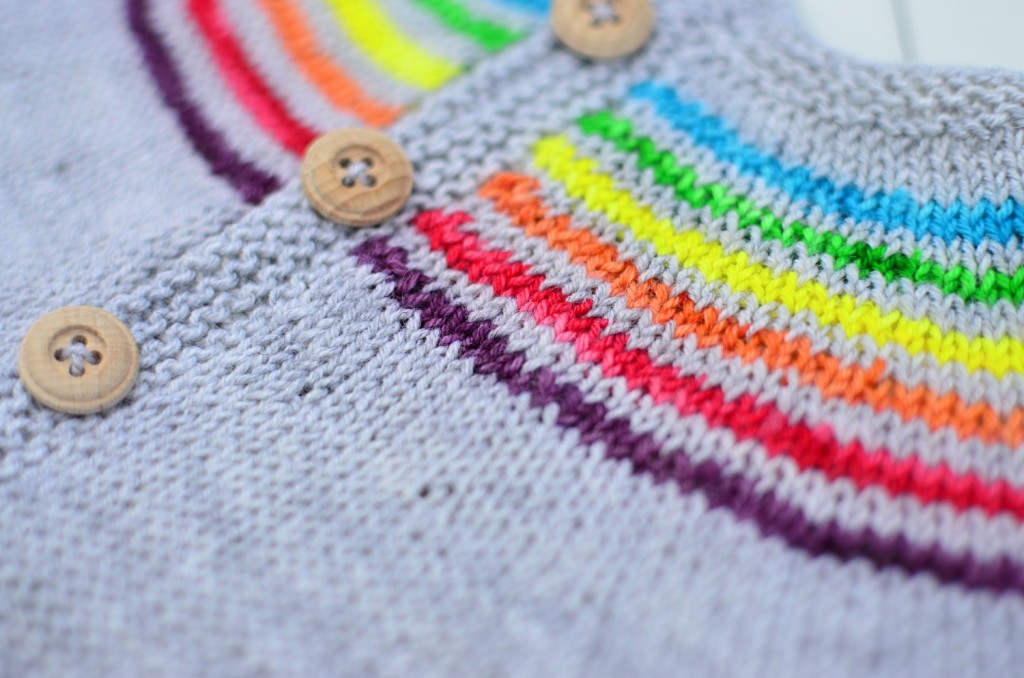 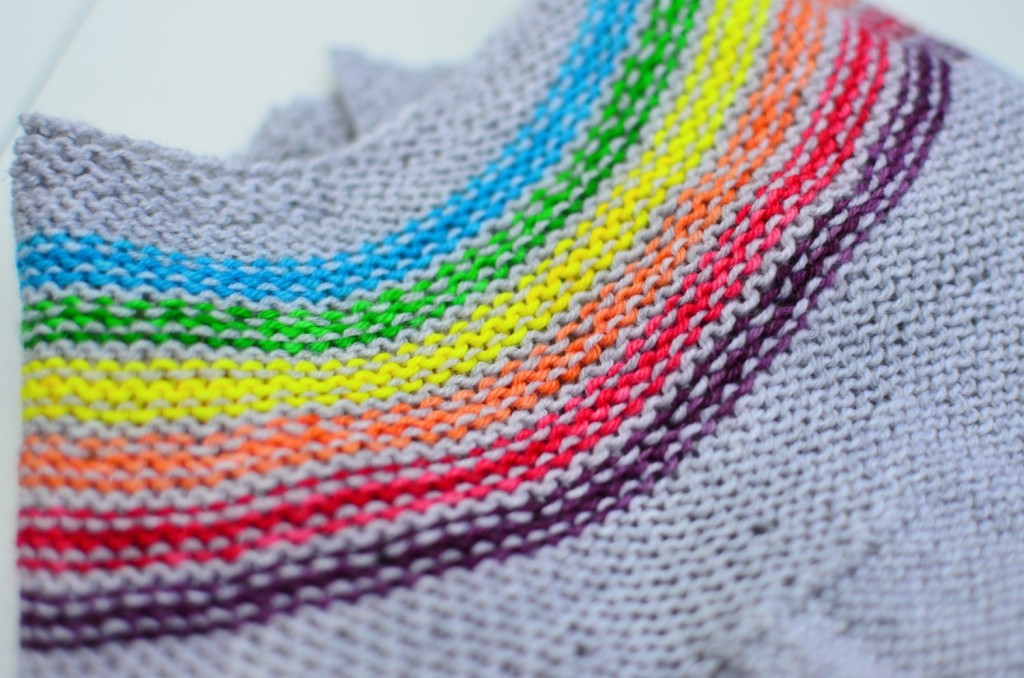 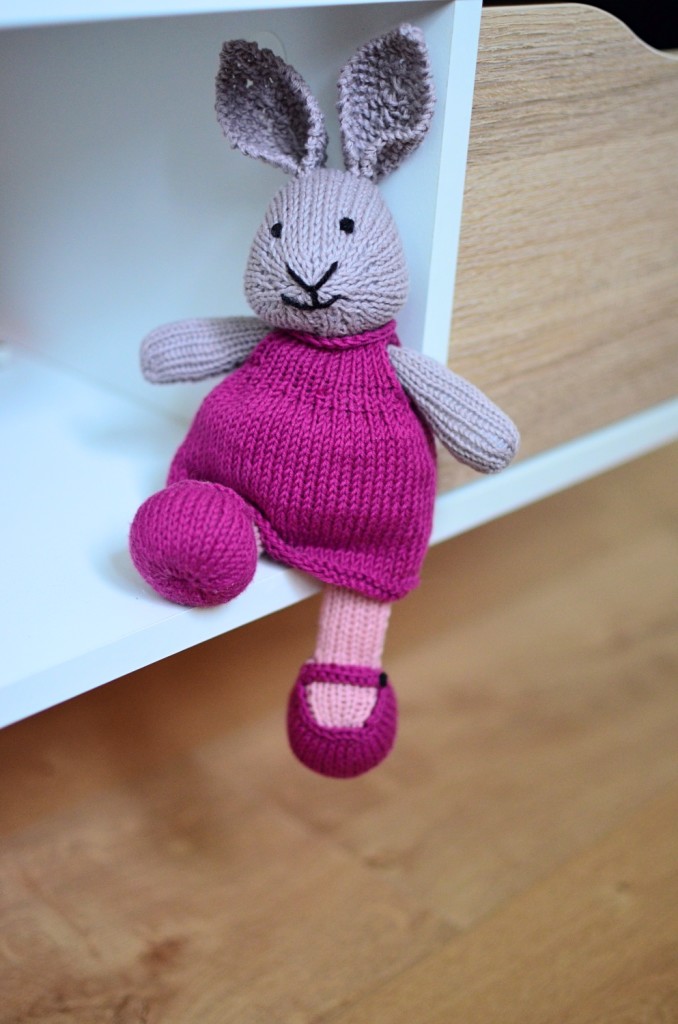 This is such a cute pattern and I think I’ll include it in many gifts to come, however what surprised me was the fact that absolutely nothing was knit in the round. This means lots of sewing and god I hate sewing things up. All in all it felt like such a fiddly process that I’m a little glad it’s finished. Still though, I really will be making more Little Cotton Rabbits in the future, because just look at it! And the fact that you can make loads of different clothes to go with the animals is perfect. 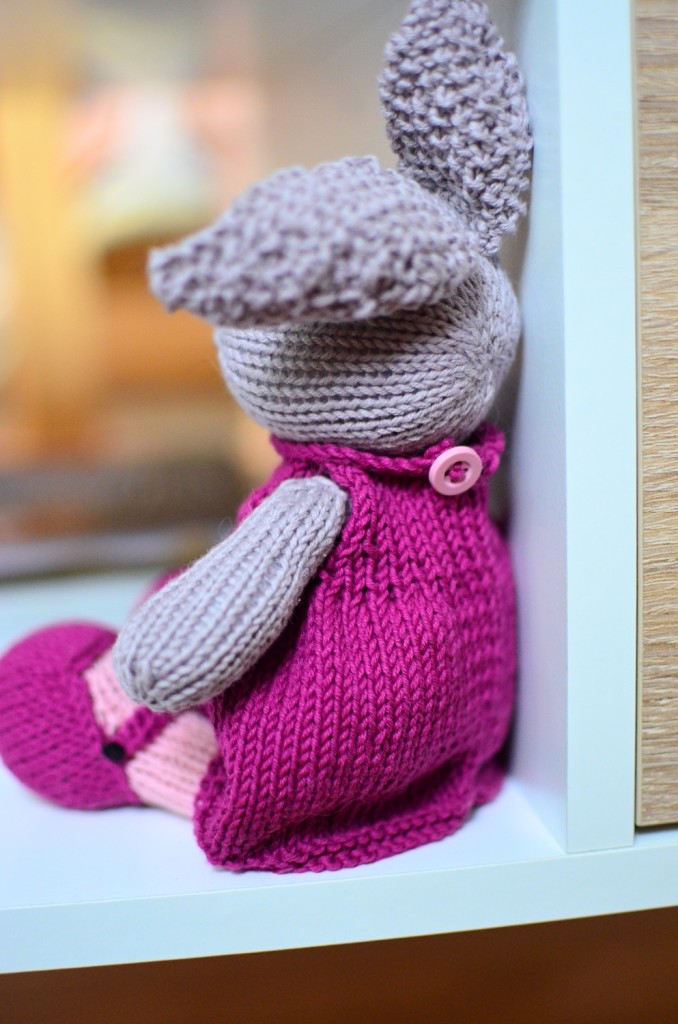